Fusing a legacy that has been around for three decades with innovation & all things new, Mr. Anjan Chatterjee (CMD, Speciality Restaurants Ltd) & Avik Chatterjee (Head - Innovations & New Formats), come up with their latest wet-led concept, HAY.

HAY is a re-discovered bar transformed by the millennial into high energy conversational and drinking space. Inspired by the Nizami culture, HAY has blue undertones & Mughal frames merged with today’s lingo. It has a light-filled and inviting look – a place you can dine at during the day and which turns into your favourite resto-bar in the evening. HAY waves out to the neighbourhood asking its patrons to come over and converse over affordable drinks & food in an aspirational setting.

When it comes to cuisine, HAY comprises comfort food recipes with local twists wherein you don't need to travel across state lines to get the desired and feel-good food experience. Consisting of satisfactory palettes ranging from Indian, Italian, Mexican, Lebanese, Seafood and Tibetan food, the menu at HAY has an enjoyable blend of global desi cuisine like Cheesling Jhalmuri, Bellary BBQ Babycorn, Truffle Mushroom Galouti, Kurkure Crusted Chicken Burger among many others. Adding a local twist with delectable, cleverly-presented meals like Butter Chicken Kulcha Bombs, Sambar Khichdi, Malai Paneer Rara, Sizzling Chinese Checkers are a must try. When the sweet tooth comes a-knockin', dishing up one some luscious dessert options like Jalebi Fries, Mishti Doi Cheesecake is an expertise.

Additionally, HAY also has a Chai-fi Menu which serves up all-time favourites like Egg Rolls, Canteen style Maggi, Onion Bhaji, Osmania biscuits & get free chai with anything on the menu till 6 pm.

The cocktails make use of the freshest of fruits, spices and liqueurs to achieve a perfect harmony of flavors with drinks such as Toxic Thandai & Tipsy Anna. There is also a pretty rad DIY bucket cocktail for their classics such as Whisky Sour & Long Island Iced Teas which are absolute out of the box with all the right quirks & works.

HAY currently has 1 outlet in Hyderabad. 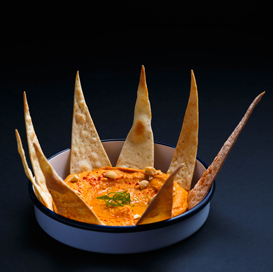 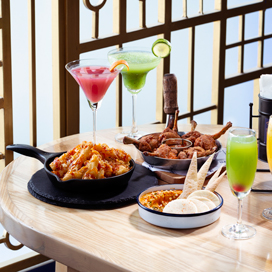 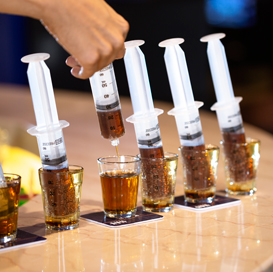 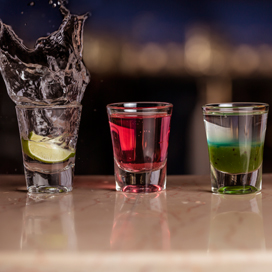 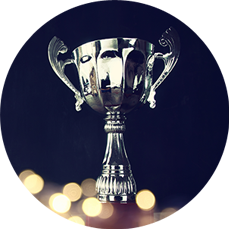 Was here last weekend for dinner and truly enjoyed the experience. The ambiance is pretty good with great music and good decor. The menu has some really good combos and items on offers. They have a variety of cocktails and mocktails too. I tried the Maggi Missile, Mushroom Galauti and Bellary BBQ Babycorn. The Maggi Missile was different and Mushroom Galauti was amazing.

Hey Hay!
I loved this place!

AMBIENCE: Such an amazing place, it has the cutest ambience possible. It has a bar counter in the center and the seating is spread around the counter. The seats were in pastel colors which gave that sober and 'good vibes only' kinda feeling. The view of the busiest road of Hyderabad is seen, which I really liked personally.

FOOD: I loved their concept of work lunch meal which has 6 options: Southern, Punjabi, Pasta, Pizza, Momos and Chinese. I loved the meal, the quality and the quantity are worth the price.

SERVICE: The service was great. It was quick. The staff was super friendly and super cool. They were taking instant feedbacks and reverting spontaneously in case of any issue.

Bored of pubbing ? Tired of going all the way to Jubilee Hills to party? Say hay to the newest entrant in Begumpet - `HAY’. This resto bar is all about having good drinks and making conversations.

They have introduced this new concept of DIY cocktails where you make your own cocktails. It’s a lot of fun and very affordable. We tried Fruity Knockout and Jager Bomb. Both were good! And coming to food, they have these cute bowls of Cheesling Jhalmuri and Podi peanuts which goes great with your drinks. Desserts like Mishti Doi Cheesecake and Jalebi Fries just took our hearts away!

Hay is a new promising lounge bar in the Begumpet area. The ambience has a slightly retro touch to it with the old-style décor and paintings adorning the walls. There is a large bar counter at the center surrounded by the seating area. They have in-house DJs playing in the evenings with the volume increasing as the evening progresses.

The menu is impressive with quite a few fusion dishes with a touch of local Telangana cuisines, I could see the passion behind preparation of this menu. We started with some of their signature cocktails - Swing with Gin, New York Sour and Tipsy Anna. In starters, we had Nilgiri Fish Tikka, Malai Chicken Kebab, Bhatti Fish Fingers, Kosha Mangsho Tacos and Butter Chicken Kulcha bombs. Of these, I liked Fish Tikka and Kulcha Bombs, both tasted great, would recommend as must try items on the menu. For main course, we ordered Sambar Rice and Kondapur Chicken Curry served with parathas. Both the dishes are inspired by local Telangana cuisine. In desserts, I liked the Misti Doi Cheesecake and Chocolate Envelope, the former one is a must try if you like cheesecakes!